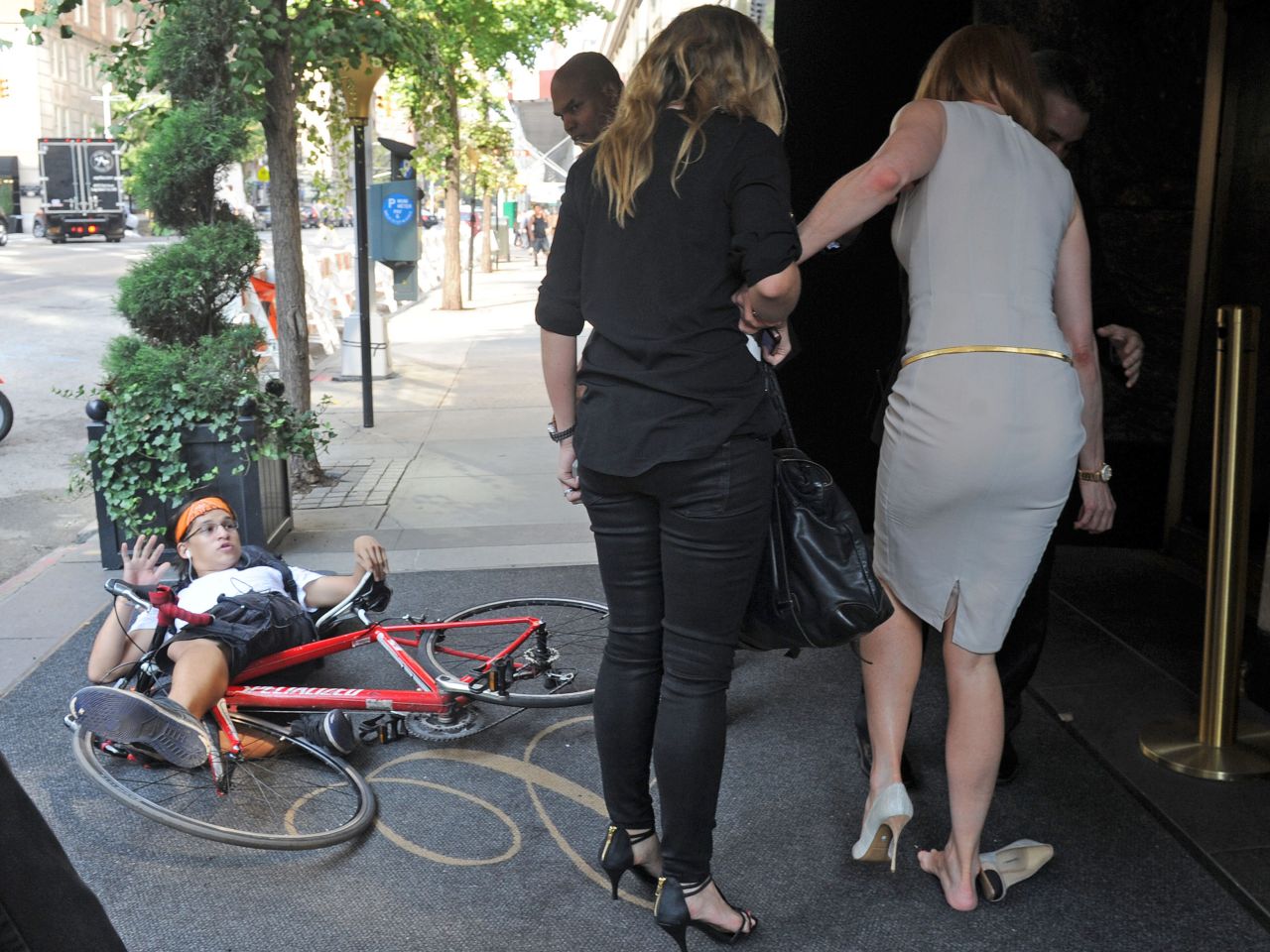 Nicole Kidman shrieks as she is hit by a bike and falls on a footpath in LA. The rider can be heard repeating 'sorry' as the actress says she wants him charged. [jwplayer mediaid="28839"]